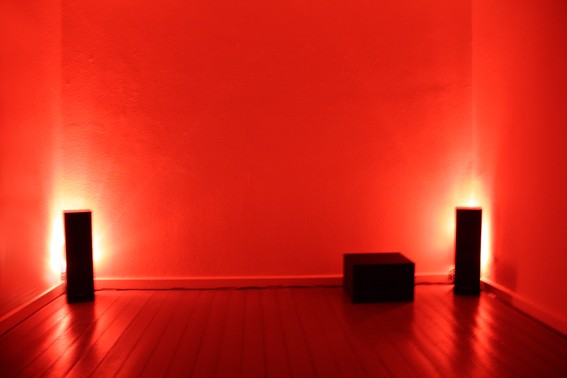 The act of taking pictures requires that we devote our concentration to visual concerns.

For this sound-installation, my point of departure was to turn invert the visual and auditory hierarchy of the photographical process; to focus on the sound of taking pictures.

I collected and recorded the different sounds of a several various cameras, modified them (some more and some less), and then arranged them into a 12 minute audio composition. The sound piece was installed in a room with red light, inspired by a photo darkroom's safe-light.

This piece was also released on CD in a limited edition.